Fabrice Muamba Breathing On His Own 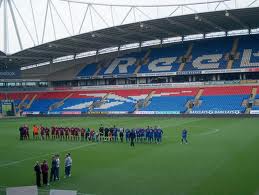 Fabrice Muamba, the 23-year old English international under-23 soccer star is finally breathing on his own. Muamba collapsed on the pitch on Saturday in a FA Cup match against English rival Tottenham Hotspur.

Doctor’s said Muamba was now breathing independently without the help of medication or artificial breathing machines. He was also said to be talking with family and friends and moving his extremities. Muamba suffered cardiac arrest on the pitch during the first half of action.

Paramedics rushed onto the field and tried to resuscitate the player for over six minutes before he was taken to the hospital by ambulance. Doctors at the hospital were able to get his heart to start beating again.

Muamba was born in the Congo but is a naturalized British citizen. His team, Bolton that play in the Premier League in England released a statement that said, “Fabrice is now breathing on his own without a ventilator. He also can recognize his family and answer questions asked of him.”

One of his friends, Curtis Codrington, said the player was speaking a little in both French and English. Michael Essien, a midfielder for Chelsea, also confirmed that Muamba was talking after he visited the young player at the hospital.

His fiancée, Shauna wrote on Twitter, “Everyone’s prayers have worked thanks so much.” The couple are parents of a 3-year old and were engaged this past Valentine’s Day.