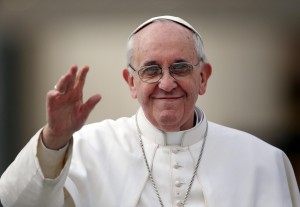 Cuba announced that it would release over 3,500 prisoners in a gesture of goodwill ahead of a Pope Francis visit.

The Caribbean island government in the capital of Havana said those who will be freed include inmates due for conditional releases along with many foreign prisoners.

Inmates who are guilty of crimes against the security of the state are not eligible to be released, which would seemingly rule out several political prisoners that are high-profile.

The Pope is visiting the island nation for three days next week.

According to Granma, the newspaper that is state operated, prisoners were picked for early release depending upon the severity of the crimes committed, amount of time they have served and their good behavior.

Amongst the prisoners to be released are many inmates who are 60 years or older as well as 20 years and younger, with no criminal records prior to their first arrest. In addition, inmates who have chronic health conditions will be released.

No prisoners who have been sentenced for murder or for other types of violent crime and drug trafficking will be released.

Pope Francis is scheduled to meet with the former leader of Cuba Fidel Castro if the ex-leader’s health permits.

The pontiff who is from Argentina and 78 years of age has been credited with helping to bring about the diplomatic thaw of last December between the U.S. and Cuba following decades of enmity between the two countries.

He was involved directly with organizing a number of secret meetings with diplomats between the two countries.

The Church has maintained a relationship with Havana since its revolution and Pope Francis personally is no stranger to the island nation. He was in Cuba during a visit by Pope Benedict XVI in 2012 and is also the author of a book about Cuba.