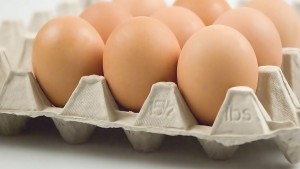 McDonald’s is making changes again. The burger chain announced it would be switching to all cage-free eggs within the next decade.
According to the United States Department of Agriculture, cage free eggs are from birds that can roam freely inside an enclosed area and do not have limited access to fresh water and food.
Last March, McDonald’s announced its commitment to chickens that are raised without any human antibiotics. The company might drop its liquid margarine for real butter, according to new reports that surfaced earlier in the month.
The golden arches is attempting to stem a fall in its sales by responding to the consumers who want to eat food that is less processed and goes from animals that are treated much more humanely.
However, it is difficult for the burger chain to make the changes since it is so large. Its stores in the U.S. buy almost two billion eggs each year to make its menu items for breakfast such as the Egg McMuffin.
Now only 13 million of those total eggs or fewer than 1% are from cage free chickens.
Producers of eggs in American are likely thinking how are we going to handle this, said a food consultant, but it will take them over 10 years to accomplish since the company cannot just flip the switch on and off. There are not enough eggs from cage free chickens that are currently available.
Other businesses have made similar announcements. This past July cereal maker General Mills said it would use only eggs from cage-free chickens in all its products in the U.S. However, it did not disclose the length of time it needed to change over to those eggs.
The stakes for McDonald’s are very high because breakfast items are an important part of its strategy to turn the business around.
Breakfast will be served all day at McDonald’s starting October 6 across the U.S. a move that die hard Mac fans have demanded for over the past 10 years.