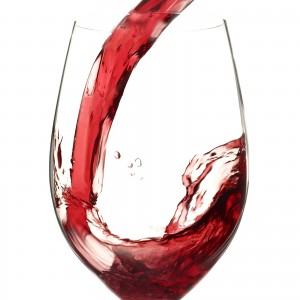 A small study found that the compound in red wine called resveratrol, which is also found in dark chocolate and red grapes, might help to slow down the progress of Alzheimer’s disease.

Researchers from Georgetown University saw that it affects the biomarker of Alzheimer’s but have cautioned that additional studies were needed prior to resveratrol being recommended for people who have the disease, which to date has no cure.

In the study, 120 people who have Alzheimer’s disease took resveratrol in medication form or received a placebo each day for a full year.

Their dose of the resveratrol was high, equal to about the same amount as found on more than 1,000 bottles of wine, said researchers.

Resveratrol, said researchers, appears to effect the level of amyloid-beta40 also known as Abeta40, which is a protein.

Usually as the disease worsens, the level of Abeta40 declines in the cerebrospinal fluid of a person, which surrounds the body’s spinal cord and brain.

Researchers think the decline takes place because Abeta40 is built up inside the brain instead of CSF, which leads to the symptoms of the disease.

People taking part in this study, who took the placebo showed a drop in Abeta40 protein, in spinal fluid while the study was taking place, but those taking resveratrol had very little to no change in Abeta40 levels, said researchers.

The finding suggests the treatment using resveratrol might have caused less deposits of Abeta40 inside the brain. However, researchers must confirm this through future studies which look at amyloid protein levels inside the brain. At this point, doctors do not know if the resveratrol is what affected the progression of Alzheimer’s.

One doctor said he would not recommend people buy resveratrol, as there needs to be further studies performed to see whether the benefit really exists.

However, he added that the findings did suggest resveratrol might act through a pathway in the brain different from one typical drugs for Alzheimer’s do. Rather than target the amyloid proteins in a direct way, the resveratrol targets the proteins in way that is more indirect.