Yahoo Tries to Calm Down Investors 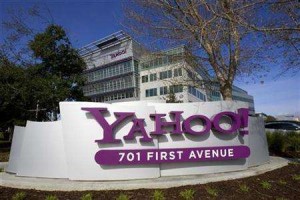 Yahoo sought to keep investors calm after worries that the Internet giant would have to pay tax on its Alibaba spinoff stake, which sent Yahoo shares lower by close to 8%.

The company said late Tuesday that any possible change to the Internal Revenue Service’s rules for spin off would not affect ruling request already filed.

Yahoo announced that it already had filed a request for a letter ruling on plans to create a new company with the $33 billion stake in the e-commerce group based in China.

The company based in Silicon Valley responded to the reports that an official from the IRS said it would review its rules, creating a minimum size for active business instead of the investment holdings, inside such a structure.

The Internet company said it hopes to complete its spinoff, which could save as much as $15 billion in taxes, during the 2015 fourth quarter.

Yahoo understands the IRS’s statement was not specific to the planned spin-off during the fourth quarter of 2015 by Yahoo of its remaining Alibaba group stake, reflects no applicable law change and does not affect ruling requests that are filed previously, said the company.

COE at Yahoo, Marissa Mayer, proposed in January the spin off after being pressured from company shareholders concerned that proceeds from the Yahoo sales of its remaining 15% would not be received.

With Mayer as of yet unable to turn the core business of advertising sales around, next to its set of communication, search and content products, investors are pressing her to find more ways to squeeze money from other assets.

Since her January statement, she has said the company would also look into options for selling its share of Yahoo Japan, which is owned in a joint venture with Japan based Softbank. Yahoo has 35.5% stake in Yahoo Japan, which could be worth as much as $9 billion.

The company has been warned by lawyers that the spin offs could be tricky, as some speculated could be the case with Yahoo, if Alibaba bought SpinCo to receive its shares back again.

Next »
Gap Profit Lower in First Quarter by 8%