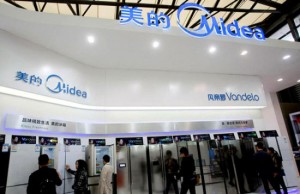 Xiaomi the maker of smartphones based in China and with a big presence currently in India, invested more than $200 million in the Midea Group, a manufacturer of electrical home appliances in China.

The investment gives the smartphone maker a 1.29% stake in Midea.

This deal allows both business to cooperate in initiatives of smart homes and other electronic products. As part of the deal, Xiaomi is to start selling a purifier of air, which can connect to wireless networks and be remotely controlled by a smartphones allowing its users to monitor real-time air quality.

Midea was founded in 1968 and manufactures air conditioning systems and consumer appliances. It is currently operating in India, Belarus, Egypt, Brazil Argentina and Vietnam.

The company has more than 126,000 worldwide employees and says it generated more than $18.7 billion in revenue during 2013.

Xiaomi, established in 2010, is an Internet company that manufacturers smartphones with more than 3,000 employees around the world.

Already a leading manufacturer of smartphones in China, the company made its Indian debut successfully in the smartphone market this past July when it launched its Mi3 flagship handset.

Following a sales model of just online through the company experienced its products selling out in seconds.

In India, Xiaomi entered an exclusive partnership with Flipkart.com an e-commerce giant to offer its handsets. Recently the Xiaomi CEO and co-founder Jun Lei said India was becoming the company’s largest market overseas.

However, a court in New Delhi granted Ericsson an injunction against Xiaomi from the infringement of the Swedish telecom’s patents.

The injunction forbids Xiaomi from importing, manufacturing, advertising or selling the handsets that have infringed on the patents that were included in the injunction.

Midea is based in Guangdong, China and produces an entire range of home appliances including refrigerators, washer and dryers and small kitchen appliances.

The company said in March it would invest more than $2.5 billion in research and development for smartphones during the upcoming three years.