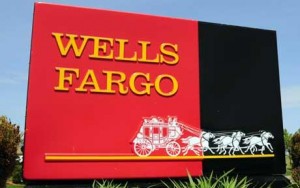 Wells Fargo has announced that the company is pulling back from the business of making loans to financially troubled borrowers to buy cars. The giant San Francisco bank will cap any new subprime auto loans at no more than 10 percent of all its car loans. This is the first time Wells Fargo has imposed a cap on the amount of loans it is willing to extend to subprime borrowers. According to bank executives, Wells Fargo’s overall auto loan originations last year totaled $29.9 billion.

Subprime borrowers are currently responsible for one in four new auto loans in the United States. The number of outstanding subprime auto loans have more than doubled since the financial crisis. The Federal Reserve Bank of New York says that in the second quarter of 2014, total auto loan originations reached the highest level since before the financial crisis, with lenders originating $20.6 billion in subprime auto loans. Wells Fargo is one of the largest subprime car lenders in the nation.

Lax lending practices, longer repayment periods and increased loan balances has given rise to concerns about the market. Many of the questionable lending practices could eventually spell losses for banks and investors. Other lending companies may choose to follow Wells Fargo’s lead. The bank is well known for its stagecoach logo and its steady profits, as well as weathering the recent financial crisis relatively well by limiting its risk.