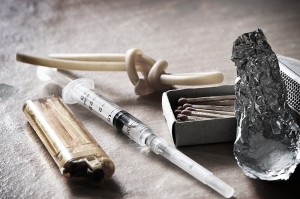 In a frightening trend, deaths attributed to overdose of heroin in the U.S. have increased more dramatically recently than over the past decade, according to a newly released report.

However, the steepest increase took place from 2010 to 2013 when the death rate from overdoses of heroin increased by 37%, in comparison with only increasing by 6% in the 10 years previous to that period, according to the U.S. Center for Disease Control report.

Deaths from overdoses of heroin were more common amongst men than with women. During 2013, there were over 6,500 deaths related to heroin amongst men, compared to only 1,700 amongst women.

Deaths from overdoses of heroin increased across all regions of the U.S., but the biggest increase was across the Midwest, where the death rate for heroin overdose rose by 11-fold from 2000 to 2013. The rate of deaths quadrupled across the Northeast, tripled across the South and doubled out West, said the CDC.

Doctors are not sure the reason why deaths from heroin are increasing, but it is though that the increase in the use of pain medication by prescription and its abuse had contributed. Some individual who become addicted to pain medications transitioned over to heroin because of being less expensive and gave a quicker high, said on researcher.