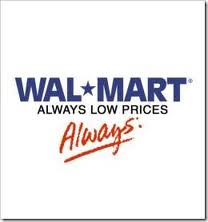 The National Labor Relations Board has found that Walmart illegally disciplined and fired employees over strikes and protests. The inquiry also found evidence that a Walmart spokesman unlawfully threatened employees who were considering taking part in the protests when he appeared on national television.

The inquiry focused on accusations made against Walmart stemming from protest activities planned last year for Black Friday, among other allegations spanning activities in more than a dozen states and actions taken against about 100 Walmart employees. The board conducting the inquiry authorized the filing of a complaint asserting violations of workers’ rights, but the actual filing of the complaint has been postponed to give the parties a chance to reach a settlement, according to a statement from the board’s general counsel’s office.

A union-backed group called Our Walmart organized protests at 1,000 Walmart stores in 46 states last year in which thousands of people participated, although the company asserted that many were not employees. The protesters were demonstrating against retaliation against workers and in support of higher wages for the retailer’s employees.

Just prior to the arrival of Black Friday 2012, Walmart spokesman David Tovar said in an interview with CBS News, “If associates are scheduled to work on Black Friday, we expect them to show up and to do their job, and if they don’t, depending on the circumstances, there could be consequences.” According to the board counsel’s office, this amounted to a case where Mr. Tovar “threatened employees with reprisal” on the national television broadcasts.

Walmart was found to have “unlawfully threatened,” disciplined or fired employees for engaging in strikes or protests in more than a dozen states, including Colorado, California, Massachusetts and Texas. Walmart also disciplined or fired employees for activities other than strikes in four states. At least 43 workers were disciplined and at least 23 were fired, according to a spokeswoman for the United Food and Commercial Workers union.

James J. Brudney, a professor at Fordham University Law School, said, “It’s a major case in terms of the number of stores. And it has a national scope in terms of unlawful threats and terminations.” Walmart has denied the accusations.

Next »
Breast Implant Maker Gets Four Years Behind Bars