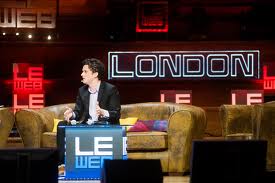 Box has secured funding for $100 million at a valuation of close to $2 billion, said Aaron Levie their CEO, as new investors have decided to help the provider of online storage expand internationally.

The company, based in Los Altos, California, is planning to open its first offices in Brazil, Australia and Japan in 2014, with a plan to invest heavily in its headquarters for Europe in London.

Box is in a rush to expand as Dropbox Inc, its rival, which first started as a free app for consumers, pushes into the business further.

Dropbox hopes it can raise close to $250 million at a $8 billion valuation, said a person close to the situation in November.

Selling storage and its collaboration software to international businesses might help Box, which is eight years old, to bolster its corporate financials as it prepares to offer an initial public offering as soon as 2014.

The company has hired three leading financial institutions to lead its IPO.

The latest round of funding close to doubled the worth of Box since July of 2012, when the start up was able to raise $150 million at a $1.2 billion valuation.

Box expects its sales to pass the $100 million mark in 2013, which would double its sales from 2012. The company is not profitable and its margins are similar to other types of enterprise software startups, which could be as high as or higher than 50%, said Levie.

Box has been able to raise over $400 million from investors that include some of the largest Silicon Valley names including Andreessen Horowitz, Salesforce.com and Draper Fisher.

The idea of bringing in foreign companies as investors started in Japan, where it is commonplace for companies to make investments in their partners.