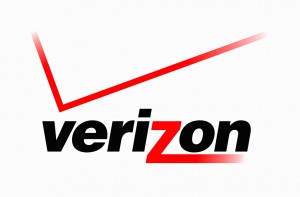 In 2008, New York City came to an agreement with Verizon for the company to offer its high-speed FiOS Internet service throughout the city. Under the agreement, Verizon would lay enough fiber-optic cable for FiOS to pass all three million homes in the city.

Now, seven years later, many New Yorkers are still waiting for the service to become available to them. The deadline for the project was the end of last year.

Universal access to affordable broadband would help bridge the divide between those who can get online easily and inexpensively and those who cannot. Having the city wired for Verizon’s FiOS service would also help make the city a competitive technology hub.

The residents that are still waiting to receive the service are starting to give up hope of ever having fast internet like the other parts of the city. Many of the more affluent neighborhoods were wired for Verizon’s FiOS service years ago.

The city and Verizon have widely differing views on the success of the project. Verizon claims that it has met the terms of the agreement and the deadline, while the city strongly disagrees that Verizon has upheld its end of the bargain. In large swaths of the city, FiOS remains unavailable.

According to a report from the city’s Department of Information Technology and Telecommunications, nearly one-fourth of the blocks in the city have no buildings wired for FiOS. The report also claimed that Verizon “systematically refused to accept orders for residential service.” The company admits that this is an accurate assessment.

Verizon is currently one of the nation’s largest telecommunications companies, reaping billions in revenue each year. The city of New York has reportedly considered taking Verizon to court over the matter.

A lawyer for the city stated that the city would prefer not to sue the company for failing to fulfill its obligation, but that may be an option if negotiations with the company regarding wiring the rest of the blocks in the city break down.