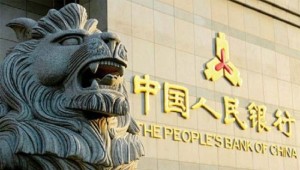 The central bank of China cut its interest rates as well as lowered the amount of reserves that banks are required to hold. This was the second time in the past two months the central bank has done this.

The hope of the bank was to ratchet up support for a sputtering economy and a stock market that has plummeted sending a rippling affect across the globe.

The moves come after stocks in China tumbled again Tuesday, as investors despaired at what they called a lack of policy action by Beijing in response to the recent data that suggested a downturn in the second largest economy in the world was getting even deeper.

The People’s Bank of China said it would cut the benchmark rate of one year by another 25 basis points, which places it at 4.6%. It will also cut the reserve requirements by 50 basis points to a new rate of 18% for the majority of banks.

Major stock indexes in China nosedived over 7% Tuesday hitting their lowest levels since December of last year, following a plunge of 8% Monday.

The slump resumed during last week despite the efforts by Beijing to arrest a crash of 30% with hundreds of billions of share purchases.

The government this time appeared to sit and wait until its response on Tuesday, which was aimed at shoring up the economic fundamentals rather than the underpinning stocks.

China is one of the big engines within the world economy and has now overshadowed Greece as the top worry for global investors, who are worrying its economy is expanding too slowly for the official 7% target for this year.

Highlighting the panic that has gripped retail investors who dominate the stock markets in China, all index futures contracts fell by the maximum of 10% for a day, pointing to the expectation of even further losses.

Though the central bank move arrived after the domestic markets were closed, the stock market across Europe jumped as did Wall Street at the open.