Homebuilder confidence in the United States increased more than the estimate in July to the highest level since January 2006 as companies became more upbeat about sales prospects. The National Association of Home Builders/Wells Fargo index of builder sentiment went up to 57 in July from the modified reading of 51 in June. 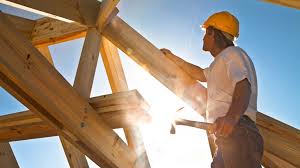 The reading surpassed over all except one forecast in a Bloomberg survey. The reading went up 13 points in the last two months. This was the largest back-to-back gain since January-February 1992. The gains in builder optimism about the sales outlook indicated that the increase in mortgage sales in the last two months has little effect on the housing market. Further increases in residential construction could help boost the nation’s economy after the slowdown in the first half of 2013.

Builder shares went up after the release of the report. The Standard & Poor’s Supercomposite Homebuilding Index gained 0.9 percent. The S&P 500 dropped 0.3 percent to 1,677.35.

The estimates made by economists in the Bloomberg survey for the homebuilder index ranged from 48 to 60 after the initially reported 52 in June. Readings over 50 indicate more respondents saw conditions were good.

The survey asked builders to describe sales as good, fair or poor and to predict prospective buyers’ traffic. The poll also asked participants to assess six month outlook. All three components increased. The group’s gauge of the sales outlook for the next half of the year went up to 67 in July, which was the highest since October 2005. The previous month got a reading of 60.

The reading of prospective buyer traffic increased to 45 in July from 40 the previous month. The group’s index of current single family home sales went up to 60 in July from 55. Builders expect more buyers will be shopping as inventory of existing homes for sale continue to decline.