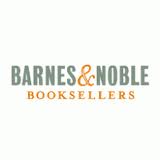 Barnes & Noble reported a big loss at its Nook e-reader division for the fourth quarter. The loss in the division dragged down the company’s fourth-quarter results. As a result, Barnes & Noble will no longer make its own color tablets, instead farming the work out to third-party manufacturers. These manufacturers will make the devices in exchange for co-branding opportunities.

The e-reader market is currently dominated by Apple, Amazon.com and Samsung. Barnes & Noble is essentially signaling that its Nook cannot compete with the iPad and the Kindle Fire. The company will still manufacture and sell the black-and-white versions of the Nook. The black-and-white versions generate the majority of the company’s digital book sales. The company is planning to discount its remaining Nook tablets through the holidays to get rid of its inventory.

The embattled bookseller remains under pressure from better-financed digital rivals like Amazon. The company lost $2.11 a share, which exceeded analysts’ estimates of 99 cents a share. Revenue decreased 7.4 percent, to $1.28 billion, while the net loss was $118.6 million. William J. Lynch Jr., Barnes & Noble’s chief executive, said, “Our aim is to sell great tablets connected to our best content catalog and high-quality bookstore services we’ve done, but do so without the sizable upfront risk.” The announcement raises questions about what is next for the company.

Barnes & Noble’s chairman Leonard S. Riggio has sought to buy the chain’s 675 stores. However, Barnes & Noble has indicated that it will not sell its core retail stores for anything less than $1 billion. The company’s inventory of digital books is its single most valuable asset, which may draw possible buyers. Microsoft has shown interest in buying the division’s digital assets as an investor in the Nook business. Company executives have declined to comment on the matter, but talks about possible transactions were still continuing, according to a person briefed on the matter.