Concern increases at the rising cost of dying 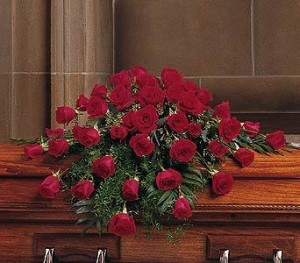 Recent research into the rising cost of funerals in the UK has sparked a great deal of debate within various circles. National and local governments, financial institutions and various members of Church hierarchy have been discussing not only the reasons for the increasing financial burden, but also what can or should be done to make the situation more affordable.

When a loved one passes away, the last thing his or her family want to be worrying about is how to pay for the most appropriate send-off. The harsh reality, however, is that even the most basic funerals cost significantly more than in the recent past, so at some point the grieving relatives simply have to face up the blunt fact that a fond farewell has to be paid for.

Nobody likes to think about the death of a loved one in advance, and this is one of several reasons why so many people pass away without having set aside a sum of money to pay for their send-off. For those that are left behind, however, the grieving process is made all the more difficult because of the sudden financial stress. It makes things all the more upsetting.

The Church of Scotland recently called for an inquiry into the cost of dying, partly because there is a feeling that more and more people are choosing cremation ahead of burial, purely because of the fact that it’s cheaper. While some people will prefer the latter anyway, the Church rightly feels that such a decision shouldn’t have to be made just to save money.

While those are fortunate enough to have enough money set aside to pay for the send-off they and their friends and relatives would feel most apt, others aren’t in such a position. One option which is increasing in popularity is to save for funeral expenditure with a company. As well as ensuring the right outcome, the resultant peace of mind is very welcome for all.

It seems surprising that so many people fail to set aside financial means to pay for funerals. Even some men and women who saved for holidays, who ring-fenced sums of money to pay for the education of their sons and daughters and who ensured their final assets were properly disposed of have seemed reluctant to think about their departures.

Perhaps this is something of a touchy subject because of an understandable yet impractical sense of taboo. Most of us don’t ever like to think about leaving this life, of course, and by making plans for that moment perhaps there is a feeling that it only brings it closer. It’s time to stop thinking in such terms and to start making the best plans for all concerned.