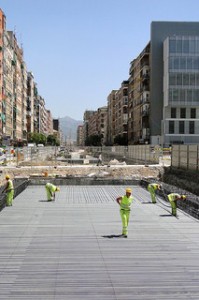 The notorious stagnant jobs market in Spain is a serious problem in the country and is expected to get even worse before turning the corner toward the good. The government in Spain reported that the unemployment rate skyrocketed to 24.4% during the first quarter of 2012. That is the highest the rate it has ever been.

During the fourth quarter of last year, the rate was 22.9%. The country has had a problem with high unemployment for a number of years, particularly in the young age groups. During the first quarter of 2012, the number of people without employment increased by 365,000 during the quarter to reach 5,640,000.

At the same time, Standard & Poor’s, the credit rating agency, downgraded the country from A-2 to BBB+. The rating agency also said that the gross domestic product in Spain would shrink by over 1.5% during 2012 and by 2% in 2013. That makes the jobs market look even worse for the future.

Spain will most likely have to bail out its failing banks, but the government itself is drowning in so much debt, it may find it hard to accomplish without the help of a huge bailout from the European Union.

Many experts say that Spain needs to increase its tax base and to do that they need a more educated work force. The more white-collar workers there the better off the country will be, said analysts. However, it is challenging trying to get highly educated workers to move to Spain.

White-collar workers also have a more reliable source of income that is taxable, than do small businesses. Many countries including Greece, Spain and even the U.S. have a harder time collecting tax revenues from owners of small businesses.