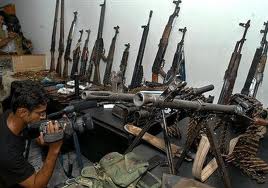 A full year has passed since the raid by the U.S. that resulted in the death of Osama bin Laden. Al-Qaeda has been hunted, hobbled and somewhat dismantled during that time and has not had time to carry out another attack similar to 9/11 in the U.S.

However, the network of terrorists still dream of paying back the U.S., warns counterterrorist officials from the United States. Wars that have gone on for over 10 years have cost the U.S. more than $1.29 trillion and thousands of lives.

Those wars however, have forced al-Qaeda and its affiliates to regroup for Iraq to Yemen. The number two man after bin Laden is in hiding and out of the reach of the U.S. in the mountains of Pakistan plotting, planning and dreaming of another attack against the U.S.

An adviser to Special Forces in the U.S., Rand analyst Seth Jones said it would be wishful thinking if someone considers that al-Qaeda was on the brink of being defeated. Jones said, “The group has more presence globally, attacks by affiliates have increased and in certain areas they have been able to expand their control, such as in Yemen.”

Officials from the U.S. say that the original bin Laden team has been all but dismantled, but new branches are hitting U.S. and other Western targets overseas and aspire to equal their prior organization’s September 11 milestone.

May 2 is the anniversary of the bin Laden compound raid and U.S. officials are warning citizens of the U.S. who are in Pakistan or other neighboring countries to be vigilant.