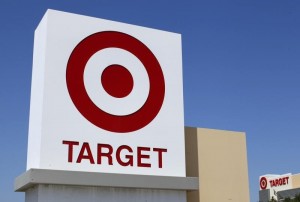 The strong earnings results has prompted the company to raise its annual outlook to earnings of $4.60 to $4.75 a share. The company previously forecast earnings of $4.50 to $4.65 a share. For the period. After the announcement, Target’s stock rose 0.7 percent to close at $80.87. The results were a pleasant surprise as this season has seen several notable earnings misses among retailers.

Strong sales in the retailer’s signature categories helped Target log strong gains for the quarter. The fashion, babies’ and children’s goods and wellness categories each grew more than 7 percent from the same period last year. Sales at stores open for at least a year increased by 2.4 percent in the quarter and online sales jumped 30 percent.

Investments in products and store presentation helped bring more consumers into the stores. Target also plans to revamp its groceries areas, including more organic, gluten-free, and specialty products in the aisles.

Target recently began an effort to trim costs by $2 billion over two years. The cost savings were to be achieved through corporate revamping, leaner supply chains and more efficient product sourcing. Several thousand company jobs are to be cut over the next two years, mostly at its Minneapolis headquarters.

Back in January, Target announced that it would be closing its 133 stores in Canada. That move resulted in roughly 17,600 people losing their jobs. The company also placed its Canadian operation under bankruptcy protection. The Canadian operation was responsible for more than $2 billion in net losses since 2011.