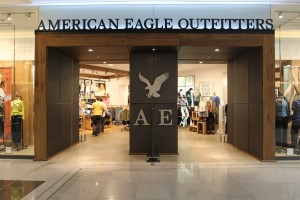 American Eagle Outfitters the retailer for teen apparel reported its best growth in comparable sales in the past 13 quarters helped by a broader range of merchandise and less discounts.

American Eagle, unlike its rivals Abercrombie & Fitch and Aeropostale has managed to win shoppers back by improving merchandise to reflect the trends such as bohemian and festival inspired tops and dresses, shirt dresses as well as denim pencil skirts.

The company announced it had benefited as well from moving away from its clothing that was logo centric, which has lost its allure. It was also controlling it inventories to boost its margins and to respond quicker to changing trends in fashion.

Overall sales at comparable stores were up 11% during the second quarter handily beating a rise of 7.8% that analysts on Wall Street were expecting.

American Eagle had earnings per share of 16 cents, excluding a one and off tax benefit that beat analyst estimates of 14 cents.

Shares of the company, which have gained close to 32% in 2015, were down by 3% in trading before the bell Wednesday morning.

Retailers have been hit hard this year as the first quarter started slowly with severe winter weather keeping many shoppers inside.

During the second quarter the pace picked up but with jobs growth, low interest rates and wages inching up, more people are opting to purchase larger items such as autos and appliances which have hurt the apparel retailers.