Canadian Inflation Measure Up 1.3% during July 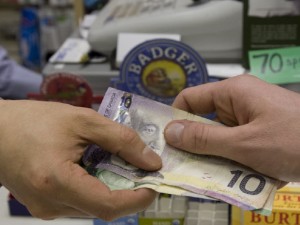 Annual inflation in Canada increased at a faster rate in July due to high costs for items than were imported like cars and food that offset the lower prices of gasoline and energy.

The all-items consumer price index for Canada was up 1.3% during July from the same period one year ago, said the government agency Statistics Canada on Friday, matching the expectations in the market. During June, the CPI was up 1%.

At the same time, the annual rate of core inflation, which excludes the volatile components such as energy and food prices was up in July by 2.4%, which also matched expectations on the market.

With the data from July, inflation in the country has now been equal to or above the 2% for the past 12 months, which is the first time that has happened in close to eight years.

The Bank of Canada put its benchmark interest rate to maintain a rate of inflation of 2%. The report from July is not likely to persuade the bank to make a change as it said it judges the underlying inflation in the country at between 1.5% and 1.7%.

In July, the bank cuts its main rate of interest to 0.50%, which was its second cut during 2015, as the slack or the unused capacity in the Canadian economy expanded because of the plunge in the price of oil, the top export in the country.

The central bank in its interest rate decision for July, said it expected its core inflations would stick close to the 2% mark and the CPI would remain less than 2% as upward pressure on the country’s imports generated by a Canadian dollar that became weak offset lower costs of energy.

Prices of commodities have continued a trend of moving lower in the past few months, with oil down by 25% in the most recent two-month period.

Currency is weaker making it much more expensive for Canadians to buy quality imported products or directly from abroad.