Joe Kaeser became Siemens new chief executive officer last August after he worked as the company’s chief financial officer for seven years. He announced that the company will widen job cuts from an initial plan after it failed to catch up in profitability with competitors ABB Ltd. and General Electric Co. This was the issue that cost the former CEO the job. 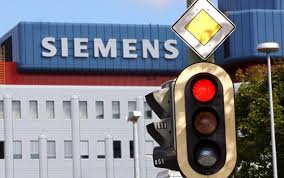 Siemens will cut 15,000 jobs that represented 4 percent of the company’s 370,000 works across the globe. This is the third job cut in the German home market. Siemens spokesman Oliver Santen declined to give more details about the job cuts. Siemens initially said that it would cut 8,000 jobs worldwide.

Former CEO Peter Loescher lost his job after an announcement last July 25 that Siemens wouldn’t meet its goal of profit of 12 percent of sales in 2014. The target was worth 6.3 billion euros in savings for the company that has faced increasing charges for failed train and power projects.

Siemens has 60 sub-units that manufacture products such as gas turbines, trains, factory-automation gear, and medical scanners. The company increased its forecast in July for charges connected to its 2014 efficiency program to 1 billion euros for the current fiscal year from the previous prediction of 900 million euros. The costs may still go up by another 100 million euros.

In Germany, the company will cut 2,000 workers at the industry division, 1,400 energy-sector workers and 1,400 in the infrastructure and cities unit. By the end of September 2014, 200 administrative jobs will be terminated.

Half of the job cuts have already been done. The rest are still being discussed with unions and some are given the option of early retirement.