Shopify with Challenge for Entrepreneurs

Shopify has announced a challenge for entrepreneurs called Build-A-Business competition. Shopify has helped business owners get their businesses online and improve their consumer experience. The company has powered more than 60,000 online stores. 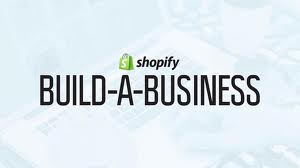 Since 2010, Shopify has helped businesses through its Build-A-Business competition. It utilizes the power of entrepreneurial spirit that can promote new businesses and improve their consumer experience at the same time. It mentors business owners to build relationships with their customers as it shares its experience with them.

Businesses with a product to sell are qualified to join Build-A-Business contest. All they have to do is to use one of Shopify’s store templates. Then Shopify will pair the participant with a mentor, who in turn gives guidance as the business grows. The top selling shop in each of the categories will get $50,000 cash prize from their mentor.

In 2012, more than 10,000 business owners participated in the competition and they earned more than $55 million in total sales during the eight months. Aside from helping businesses get online, Build-A-Business is providing a look into the creative process and the ways idea can be implemented into businesses. The competition is not just about building one’s business. It is also about hard work, creativity and collaboration that lead to innovation.

Among the winners in last year’s competition was GoldieBlox, which is a book and toy series made to inspire future female engineers. Its founder Debbie Sterling said that her goal was to go beyond the stereotype of a nerdy man sitting in a cubicle in front of a computer. She added that her company opened girls’ minds to go beyond the pink aisle of the toy store.