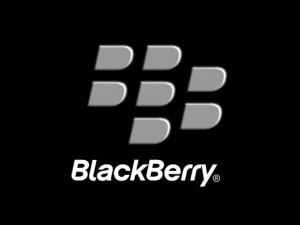 Blackberry has put its fate in the Z30, a new smartphone with a 5-inch display, a bigger battery and stereo speakers. The new smartphone comes at a time when speculation is high over the sale of the company.

On Wednesday, the Blackberry Z30 was unveiled with the new Blackberry 10 operating system. The new Z30 previously was referred to as the Blackberry A10, during its development. Thorsten Heins, the company CEO, has alluded to it as the newest flagship phone for the company.

The new smartphone comes while Blackberry is amidst an active search for strategic alternatives, which in layman’s terms is looking for a company to buy them.

Speculation has gone from joint ventures to partnerships to the company breaking into pieces making it easier to be purchased.

Concerns have increased in the viability of Blackberry after a dismal first quarter, due to disappointing results in sales of devices operating the new Blackberry 10 system.

Next week, the company will report its second quarter fiscal results. Reports the company is planning layoffs has added to worries of its future.

Despite its hyped launch and positive impressions early on, Blackberry was swallowed up by the other high profile smartphone makers flooding the market with new launches.

The announcement of the Z30 comes at a time when Apple is preparing the release of its iOS7 system and Friday’s launch of its iPhone 5S and less expensive iPhone 5C.

Due to this, it is not surprising that Blackberry has opted for a low-key introduction of its Z30, which does not have a major press conference in multiple locations around the globe, as it did with its Z10 launching, or with its Q5 at a developer conference.

It appears Blackberry is following the trend for bigger screens, which was pioneered with the Galaxy Note by Samsung. The Z30 has a Super Amoled display and includes a processor that is 1.7GHz.

« Previous
Shopify with Challenge for Entrepreneurs

Next »
Consumer Prices Increase in August