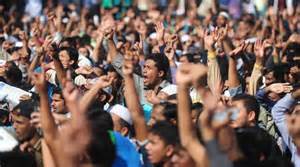 The Supreme Court in Bangladesh has handed a senior leader of the Islamists, a sentence of death for crimes against humanity. The sentencing caused over 2,000 people to take to the streets in protest.

The fourth-highest Islamist leader Abdul Quader Mollah from the Jamaat-e-Islami Party, was convicted of torture, rape and mass murder in February by the war crimes tribunal in the country.

At that time, he was handed a sentence of life in prison, which triggered protests across the country by Islamists. Secular activists also protested calling the life sentence too lenient.

Because of that, the parliament in Bangladesh changed its laws governing prosecutions for war crimes, allowing an appeal to be made by prosecutors against a verdict. The prosecutors then had the right to request the death penalty with the Supreme Court.

On Tuesday, more unrest took place as Mollah was handed the death sentence by hanging. Jammat supporters torched vehicles in Chittagong, a southeastern city on the coast.

Other clashes took place in Dhaka the capital of the country and in different town throughout the countryside. Mollah has been given the name of Butcher of Mirpur, which is the suburb of Dhaka where he is alleged to have committed the majority of his atrocities.

Mollah was found guilty of over 350 murders of civilians when he was a Dhaka University physics student. The defense lawyers called the verdict an injustice.  The law minister and attorney general said the verdict was not reviewable and final.

Members of the prosecution said the Mollah might be hanged at the end of this year, unless the president gives him a pardon.

In protest, Islamists have called for the population to carry out a nationwide strike.

The strike is scheduled for Wednesday and is said to be for 48 hours.

LEG Immobilien Given a €130.00 Price Target by Nord/LB Analysts