Quarterly Earnings at Chrysler Up 22% 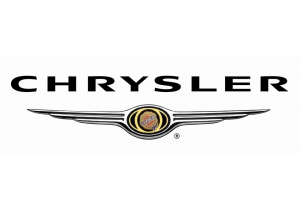 On Wednesday, Chrysler reported it had net income for the third quarter of $464 million, which was up by 22% from the $381 million the automaker reported during the same quarter a year earlier.

Total revenue was $17.6 billion for the quarter, which was up by 13.5%, officials at the automaker said. The company, said officials, had over $11.6 billion in cash when the quarter ended on September 30.

Vehicle sales worldwide for the quarter were over 603,000, which was 8% higher than one year ago, which were driven primarily through North American sales.

Chrysler market share in the U.S., where it has posted 42 straight months of increases in sales, was 11.2% in the quarter or about flat. International sales during the quarter were up 22% to 82,000.

The profitable quarter was the ninth consecutive for the automaker. Net income in 2013 for the first three quarters was $1.1 billion, while revenue in those same three quarters topped $50.9 billion.

Chrysler affirmed full-year guidance, which had been revised during the second quarter, for vehicle shipments globally of 2.6 million, $72 billion in net revenue and net income of between $1.7 billion and $2.2 billion.

The company ended the quarter without its latest Jeep Cherokee available for sale. The vehicle was started last summer but none had been delivered to dealers until October.

Shipping of the Cherokee was delayed by problems in the software for its new transmission that is nine-speed.

The company is planning to start making new Cherokee in 2015 in China. The new line of Cherokee is based on the underpinnings of Fiat and would be built there in a joint venture Fiat plant together with a Fiat sedan.

Fiat owns 58.5% of Chrysler. The company received control of the U.S. automaker in a 2009 government sponsorship reorganization that pulled it out of bankruptcy.