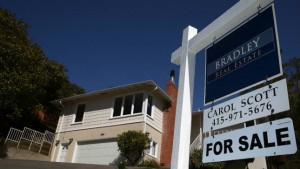 This is the latest sign that the housing market will gain traction following a shaky start to this year.

An indicator that is forward looking of home sales was up to its highest level for the past 9 years during May.

On Monday, the National Association of Realtors said its index for pending home sales was up 0.9%, its highest mark since April of 2006. This index tracks the signing of contracts, which usually will close within a two-month period.

The index for April was revised downward by the NAR. Economists had estimated that the increase in May was 1.2%.

The NAR head economists said that the steady pace of job creation that has been seen for more than the past year has helped the housing market with a boost this past spring.

Last week a reported sharp increase in existing home sales was reported by NAR following a drop during April. Existing home sales surged by 5.1% during May, the highest level since November of 2009, which was a time when there were government incentives following the recession, which helped to boost the U.S. real estate market.

Homebuyers for the first time started returning to the market as well in May. However, existing home sales that account for close to 90% of the overall market are still far below their peak prior to the recession, when they were routinely exceeding 6 million and at one time were over 7 million during 2005.

Prices have started to rise of late as well. The average price of existing homes in May was $228,750 or about 8% higher than during May of 2014.