Pandora To Pay Higher Rates To Artists Next Year (NYSE:P) 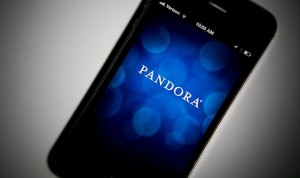 Pandora and other free Internet radio services will be required to pay record companies more for the next five years. In a decision closely watched by the music industry and Wall Street, a panel of federal judges, the Copyright Royalty Board, increased the royalties that those companies must pay for streaming music.

The panel ruled that Pandora and other streaming companies must pay record companies 17 cents for every 100 times they play a song when they stream music to listeners who do not pay for subscriptions. The current rate is 14 cents.

The decision means that the streaming companies will pay millions more in royalties to record labels and performing artists with songs on their free service tiers. The current ruling only applies to Internet radio services that curate playlists based on the listeners’ preferences, not on-demand services like Spotify where people can choose an exact song to listen to. The decision takes effect next year. A summary of the decision was posted on Wednesday.

The news was announced after the close of the market, but investors reacted positively.
Many were happy to know what the costs of content are going to be for the next five years, ending the uncertainty. In after-hours trading, Pandora’s stock rose more than 20 percent.

SoundExchange, a nonprofit licensing agency that represented the record companies, released a statement saying, “We believe the rates set by the C.R.B. do not reflect a market price for music and will erode the value of music in our economy. We will review the decision closely and consider all of our options.”

The music industries demands were pointed squarely at Pandora, who has been the music industry’s primary antagonist over the past two years of litigation. Pandora is also the largest Internet radio service. Over the past year, Pandora has paid more than $400 million, roughly 44 percent of its revenue, in royalties for recordings.