Netflix Re-launches App for Windows 10 for Tablets and PCs 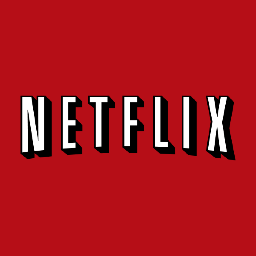 Netflix released a new Windows 10 app that is designed to work with a myriad of devices with Windows 10. Added to the Windows Store at Microsoft Wednesday the updated app now supports Windows 10 tablets and PCs from the start and will be able to support Windows 10 smartphones soon, said Netflix in a post on their blog.

The app by Netflix will take advantage of different specifics for Windows 10, such as voice activation through the virtual assistant Cortana by Microsoft.

The new app from Netflix taps into the Universal App concept by Microsoft, which hopes will increase both the apps in, as well as the traffic to its apps marketplace for devices with Windows.

For the consumer its means apps will offer a look as well as feel that is similar whether you are running a mobile phone, tablet or PC.

For developers, it will mean less work to start since they will not need to design the apps from scratch for every type of device.

After you are logged into Netflix, you are able to browse this app vertically using a mouse or a finger to view categories and scroll horizontally to see titles for a specific category.

Clicking and or tapping a title will bring up the Details page which displays a large photo that highlights the movie or TV show as well as a summary of the selection and the members of the cast.

For television shows, this page links the user to all episodes for a specific season and allows for a quick switch to another season. For movies, this page suggests related titles that might be of interest to the user.

If you pin the app to the start menu for Windows 10 or the screen, it turns into a live tile. That means this app will be display the title in your continuing watching list, which allows the user to pick up from where they had left off without the need to open the complete app.