Oil Prices Played $104 after US Government Was Shut Down 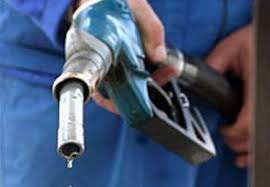 The price of oil dropped a day after the International Monetary Fund cut its forecast for global growth through the end of 2014. Benchmark crude for November delivery declined 3 cents to $103.46 a barrel on the New York Mercantile Exchange. The contract went up 46 cents and settled at $103.49 Tuesday.

The IMF said that it slashed its global economic forecasts for 2013 to 2014 due to slowing growth in India, China, Brazil and other developing countries. Oil prices were capped due to concerns that a slowdown in emerging markets has an impact on demand.

The IMF warned that the US would affect the world economy when it fails to increase the nation’s debt cap. If Congress doesn’t act on the on the debt limit by October 17, the nation could face a default on its debts. President Barack Obama maintained that he would not negotiate with Republicans over the US debt cap and the partial shutdown. Senate Democrats started preparing for a test vote on a clean debt-ceiling measure.

Oil prices have played between $101 and $104 per barrel after the US government was partially shut down last week. It happened when Congress failed to reach a compromise on short-term funding for the government after the end of the fiscal year on September 30.