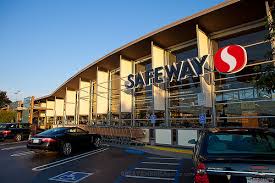 Stock at Safeway was up during Friday’s premarket trading following the announcement form the supermarket operator that it will move out of the Chicago market by the early part of next year.

Safeway said on Thursday it was moving out of its Dominick’s stores in the areas in and around Chicago allowing it to then concentrate on its business that is more profitable.

Robert Edwards the company CEO said in a conference call that Safeway has had interest in its Dominick’s stores from several different parties and is looking into selling as many of them as possible and as quickly as they can.

The company indicated it had sold Dominick’s stores to New Albertson Inc that will in turn fold them into the Jewel Osco chain. No terms regarding sale prices were disclosed.

Investors received information that said the selling of the different Dominick’s stores had helped Safeway rid itself of its underperforming component and signals it has the willingness to sell assets.

One analyst supported the decision by Safeway to leave the area of Chicago, saying there would be additional opportunities for Safeway to create more shareholder value through non-core sales of assets. That analyst kept a rating of neutral for the stock but increased the price target from $31 to $33 on the stock.