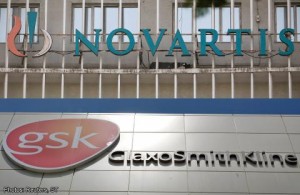 Novartis will be focusing more going forward on cancer. GlaxoSmithKline will be focused on vaccines, while Eli Lilly will be looking at animal health as the three drug makers announced on Tuesday deals that could total more than $28.5 billion.

The transactions, along with a plan to form a joint venture for consumer health between Novartis and Glaxo are part of the pharmaceutical industry’s overhaul that has been spurred on by the loss in sales of medicines that lose their patent protection.

Pfizer Inc, the largest drug maker in the world sold its business of infant nutrition to Nestle in 2012 for $11.9 billion and the in 2013 spun off its unit of animal-health.

Novartis has agreed to acquire cancer drugs for up to $16 billion while selling the majority of its division of vaccines to GSK for more than $7.1 billion as well as its unit of animal health for more than $5.4 billion.

This announcement is part of the biggest shakeup at Novartis since CEO Joe Jimenez took the reins back in February of 2010.

The purchase of the vaccines by Glaxo is its largest since 2008 when Andrew Witty took over as CEO.

Lilly will be the second biggest company by sales of animal health.

Analysts spoke of how the three companies swapped assets in order to specialize in the field they are best at and make them more profitable.

More transactions could follow. Pharmaceutical giant Merck & Co is having talks to possible sell its unit of consumer health. Sanofi and Bayer AG have said both are interested in the consumer health segment.

Shares of Novartis, based in Basel, Switzerland were up nearly 3% in Zurich trading, but have lagged behind Roche Holding its Swiss rivals and Paris based Sanofi the last four years.

GSK, whose performance also has lagged behind that of Novartis during the same period, was up by by 5.6%, which was the biggest gain intraday by the stock since 2009.

Novartis, which has Gleevec, as its bestselling medicine, for cancer will now add to it Mekinist and Tafinlar both approved form melanoma.

Glaxo, with its purchase of vaccines will now have Bexsero, which is for meningitis and human papillomavirus drug Cervarix.

The consumer health joint venture between Glaxo and Novartis brings together brands that include Exedrin by Novartis and Sensodyne toothpaste by Glaxo.