General Motors Waves Goodbye to Much of its Profit 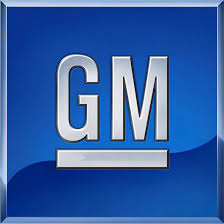 General Motors costs for its recall have exceeded $1.3 billion and wiped out much of its quarterly profits. The U.S. automaker announced on Thursday that the recall expenses were much higher than originally anticipated.

The cost of the current recall along with some other charges in accounting left GM with just a $108 million profit for the first three months of 2014.

The U.S. carmaker recalled more than 7 million of its vehicles during the three-month period. The most prominent recall was the 2.6 million vehicles recalled due to a faulty switch in the ignition that had been linked to a minimum of 13 deaths.

GM announced it was spending approximately $700 million to correct the problem with the ignition switch and nearly $600 million on their other recalls.

The majority of repairs are not starting until later this month, but the company recorded its full cost for the recalls in its first quarter.

Still, the largest automaker in the U.S. can afford the huge cost of the recalls. Earnings, excluding the special items, were higher than had been expected by analysts on Wall Street.

Shares at GM are lower by close to 16% in 2014, but rose close to 3% before the opening bell on Thursday following the release of the earnings report.

Sales of models of GM even inside the U.S. were not hurt by the problems involving the recall, as revenue was up 1% to end the quarter at $37.4 billion. The number of total vehicles sold was up 2% to more than 2.4 million.

Record sales were reported by GM in China, the largest car vehicle market for GM in the world, where it sells even more vehicles that in the U.S.

GM ended the first quarter of 2014 with marketable security and cash in hand of $27 billion, which is 11% higher from the same period one year ago. GM paid its first dividend in the past five years during the period.

At first, GM estimated costs of the recall to be just $300 million, but as the problem’s extent increased, it raised that estimate by $1 billion to the current $1.3 billion.