Weil Gotshal & Manges, which is one of the world’s most prominent law companies, announced that it would lay off 60 associate lawyers and 110 support staff. This was an indicator that the law industry continued to suffer from financial problems. 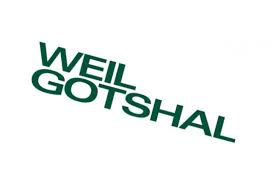 The firm has 1,200 lawyers and based in New York. It made the announcement Monday and stated that the new norm in the legal services market had forced the firm to make the decision. Barry Wolf, executive partner of Weil Gotshal & Manges, stated that the market for premium legal services continued to decline. Aside from the layoffs, the company also said it would adjust the compensation for its partners.

Most law firms have reduced staff levels as well as cut costs due to the financial crisis. Weil had been insulated by it due to its bankruptcy practice. The firm guided Lehman Brothers through its restructuring that earned the firm millions of dollars in fees.

Legal firms are likely to continue with their cost cutting schemes as corporate clients shift to less expensive options for their basic legal services such as outside consultants and in-house attorneys. The client pressure is relentless and it would result to more changes.

Wolf stressed in his memo that Weil has no outstanding debt, no compensation guarantees, and a fully funded partner pension plan. These are some of the factors that led to the bankruptcy of Dewey & LeBoeuf in 2012 after it had to cut partner pay in order to pay off its debt.

In 2012, Weil got more than $1.2 billion in gross revenue and around $2.2 million in profits per partner. This was according to The American Lawyer magazine.

Another big law firm is also in trouble. Patton Boggs, a firm known for its lobbying practice, confirmed that 17 of its partners were departing from the company. It came three months after the firm laid off more than 60 staff members that included 30 lawyers.