Job growth is still on the rise in South Florida despite the lower payrolls in local government that dragged the hiring recovery. According to the February employment report, the recovery has regained steam in the state. 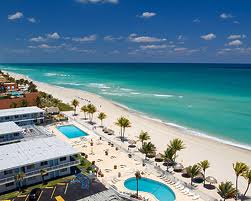 Miami-Dade and Broward counties added around 27,000 positions to payrolls. The job growth maintained the trend set in January when strong employment report indicated 2013 was going to accelerate the rally that has been underway since 2010.

There were also signs of concerns, especially in the Miami-Dade County. Unemployment is still increasing, from 9.3 percent in January to 9.7 percent in February, which is the highest level in 12 months. The readings are seasonally adjusted and considered a dependable barometer of month-to-month changes in hiring.

One reason for the spike in unemployment is that more people are looking for job. In Miami-Dade, there were around 7,000 more job seekers in February compared to January. It was a positive trend because it indicated that people were optimistic about hiring conditions. According to the same survey of households, there was a small increase in people describing themselves as employed.

The February report came two weeks after the state released its January’s numbers. The delay in the release of the January report was due to the statistical revisions. It showed a change in construction hiring, which was initially reported as losses but became gains.

The upward trend continued in February. Broward increased 4,100 in construction jobs. Miami-Dade got no losses nor gains in the building sector.