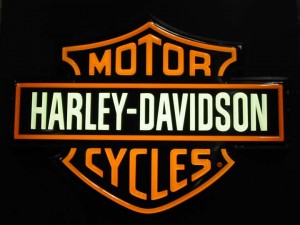 On Tuesday, Harley-Davidson said revenue and profit slid during the most recent quarter, although earnings were still better than what Wall Street had expected.

Shares, which slid this year by 17%, were up Tuesday 3.6% in trading before the bell.

The company, based in Milwaukee, said that worldwide dealer sales of its new motorcycles were lower by 1.4% during the quarter that ended during June, in comparison to the same period one year ago.

Dealers in the U.S. sold 57,790 motorcycles, which was down from last year during the same period of 58,220, while European, Africa and the Middle East sales dropped 8.9%.

Harley-Davidson topped expectations of analysts of $1.39 a share in earnings, though its revenue came up short of the expected target of $1.67 billion.

The company announced that the latest results of the quarter were in line with forecasts following an April decision to lower shipments of motorcycles from 2015 initial projections due to unfavorable impacts from foreign exchange.