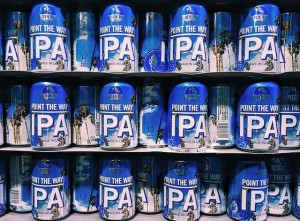 The news of the acquisition first broke on Wednesday morning as many from the craft beer industry from around the nation had convened in the city of Denver for the opening of the Great American Beer Festival an annual trade show that allows attracts thousands.

Details of the acquisition were sparse from the press release that announced the deal and were accompanied by a video of Meg Gill the president of Golden Road and Andy Goeler the Anheuser-Busch CEO of Craft.

However, this likely will allow the craft brewer to further increase its overall distribution footprint ahead of its second pub and production brewery opening in 2016 in Anaheim.

The deal is just the latest of a flurry of acquisition by huge beer companies absorbing craft operations.

Only a few days ago, MillerCoors took a majority stake in Saint Archer Brewing in San Diego and a few days prior to that Lagunitas Brewing the craft giant announced it partnership with Heineken at a price of 50% of its company for a sum that was not disclosed and an unequaled access to the international beer marketplace.

Anheuser-Busch made its first acquisition of a craft brewery four years ago when it acquired Goose Island Brewery in Chicago and it since has acquired shares in 10 Barrel Brewery in Oregon and Elysian Brewery in Washington.

Golden Road was established in 2011 and quickly grew to be the biggest producer in Los Angeles of craft beer. The brewery is scheduled to make more than 40,000 barrels or 1.2 million gallons of beer during 2015 with such brands as Wolf Among Weeds, Golden Road Hefe and 329 Days of Sun Lager.

The craft brewer’s beers are distributed across all of California and into both Arizona and Nevada. That territory will likely grow with the muscle of Anheuser-Busch behind it.