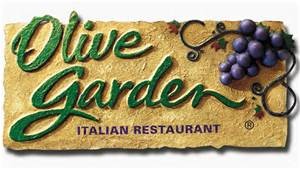 Darden Restaurants Inc announced that sales had grown faster than were expected during its most recent quarter as the turnaround of the Olive Garden brands started to gain traction.

Olive Garden was helped by its customized lunch options, new sandwiches made with breadsticks and the increased popularity of its takeout option.

Sales at same stores at the chain of Italian restaurants increased 2.7% during the recently ended quarter, marking the fourth straight quarter of growth in same stores for the chain.

In June, Darden revealed its plans to separate some assets in real estate, spin off some of its restaurants into a REIT or public traded real estate investment trust, while leasing the other properties back, following a push by Starboard Value an activist investor.

During a conversation with investors on Tuesday, Darden said it was on the right track to completing the transaction in real estate by the end of 2015. The company announced it was conducting a sale of its leasebacks for 64 of its restaurants and spinning off more than 424 restaurants into the REIT.

Darden said the IRS’s recent announcement it would not give its preapproval to such deals in real estate does not apply to them since the process of the spinning off the assets was already starting before the announcement was made.

The company announced that it would use its proceeds from the leaseback sales to retire debt of $1 billion. Some of its bondholders have said they call a default if these properties were to be sold without their approval.

On Tuesday, Darden said that those transactions do not violate any of their covenants related to debt and that the consent of bondholders was not required.

In addition, to the improvement of sales at its Olive Garden restaurants, the company posted gains from other brands. Overall sales at same stores for Darden were up 3.4%, including 4.4% at its Long Horn Steakhouse, and growth of 7.2% at Capital Grille.

The company increased its guidance of the rest of the year and reported revenue was up a more than had been expected 5.7% during the quarter ending in August.