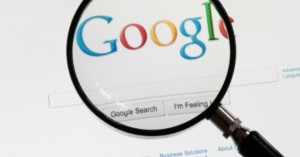 Google’s dominance is possibly reaching alarming proportions, which is why the Federal Trade Commission in the U.S. might have to step in to ensure other app developers received enough exposure to users of Androids.

The investigation has already been given the approval of the Department of Justice and looks to answer a simple question: Is the search engine giving its own apps unfair advantage in Android over apps that are made by other developers.

Reports say that Android could be considered a monopoly especially when it comes to apps. Android operates in 59% of the smartphones in the U.S. All the units have the Google Play Store, which is the window to all other apps, installed.

In addition, Gmail, YouTube, Chrome and other services offered by Google seem as if they are installed by default on mobile phones operating on the Android platform.

Google might argue they are just ensuring convenience for the user, but it is undeniable the company benefits from how its products are aligned.

Thus far, the app ecosystem of Android has just two competitors – the App Store at Apple, which only is for iPhone users and the Microsoft app store that has had problems gaining sufficient user attention.

At the same time, the formal investigation will be done in a discreet manner. Authorities will only probe and the entire situation could end up without even entering a courtroom.

While the issue in the U.S. is considered mild, the trouble Google has in Europe has reached a serious level.

The European Union started investigating Android following a number of complaints that included one from one group that represented Expedia, Nokia and Microsoft.

It is not clear if there is cooperation taking place between the regulators from the EU and once from the U.S.

In 2005, Google acquired Android. Its beta version was released during 2008 containing its first group of apps such as Pictures, Messaging, Camera, Calculator, Music and Alarm Clock.