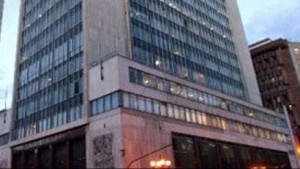 The central bank of Colombia unexpectedly increased its benchmark rate of interest for just the first time in over three years amidst new signs the economy is rebounding with a surge in worries over inflation.

The board at the bank increased the policy rate to 3.5% on Friday said Jose Dario Uribe the governor of the bank. Only 3 of 29 economists had forecasted the bank’s increase, while 26 did not expect any change.

Uribe announced that the change would increase inflation fighting in the bank and avoid the necessity for sharper adjustment down the road.

Prior to the decision of the bank of Friday, the bank has made surprising decisions of cutting or increasing rates over the last decade.

The central bank’s main task is defending its credibility said Uribe. Mauricio Cardenas the Finance Minister, who is the policy-meeting chairman, described the bank’s decision as a preventative measure that was designed to avoid any overheating.

Employment, industrial output and consumer spending data released over the last month were better than what had been forecasted by analysts, while consumer prices were up at the fastest rate in 2 years.

Internal demand has continued to grow at a rate suggesting the economy will be back at a full capacity during 2014 said the bank’s governor.

Mexico maintained its key rates on Friday for the fourth consecutive meeting, while the central bank in Brazil tightened its monetary policy on three occasions in 2014 as the country’s inflation rate increased to a high of eight months or 6.15%.

The central bank of Russia unexpectedly increased the borrowing costs by one-half of one percent on Friday amidst mounting tension with the Ukraine problems and the threat of more sanctions.

Colombia’s annual rate of inflation was up for the fourth consecutive month during March to 2.5% from its low of six decades of 1.8% during November of 2013.

Colombia targets its inflation at between 2% and 4%. Output from industry was up 2.8% during February compared to the year before, which is the strongest growth in over 10 months. Retail sales were up by 6.7% the highest in six months.