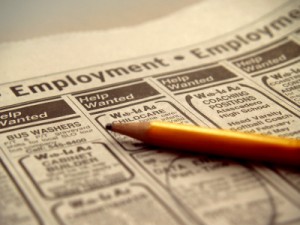 Companies in the U.S. hired fewer workers than had been projected for March due to limited construction hiring according to the private report from ADP based on the country’s payrolls.

The increase in jobs was 158,000 making it the least amount of new hiring since last October and followed the revised increase of 237,000 for February. The estimated increase of jobs by a group of economists had been placed at 200,000.

There continues to be an improvement in the job market, but with stops and starts, said an economist from Moody’s, which is the company that produces the data with ADP.

Construction company payrolls stagnated in March as the rebuilding boost following Hurricane Sandy started to fade. Some concern over the impact the changes in the overhaul of healthcare might have curbed hiring by some companies that have close to 50 employees.

Futures on the stock market were unchanged following the report. The Dow was off 58 points at noon trading on Wall Street.

On Friday, the Labor Department will release its jobs report for March and it is expected to show that all new hiring, including those by the government, was 198,000

Next »
Factory Orders Get Biggest Increase in 5 Months