Court-appointed administrator Patrick Juneau is in charge of the monetary settlement with thousands of individuals and businesses who sued BP regarding the 2010 Gulf of Mexico oil spill. He urged US District Judge Carl Barbier to dismiss the company’s lawsuit over how he determines damages claims. 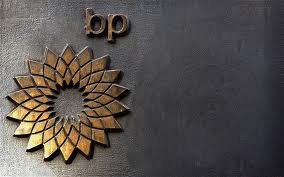 BP filed a motion that urged the federal judge to issue an emergency order to stop the administrator from paying out large amount of settlement money based on fictitious or inflated claims. The oil company estimated its March 2012 class-action settlement to cost $7.8 billion.

But the settlement amount is limitless and BP’s estimate went up to $8.5 billion by the end of the year. The company said Juneau’s methods give him too much leeway to increase payouts and make payments for damage that never happened.

In the court filing last Monday, lawyers for Juneau said he has the right of judicial immunity from being sued for his work. The immunity would encourage principled and fearless decision making without worrying about lawsuits.

The lawyers added that even if Juneau was not immune, he was doing his job asked from him by the court. They described him as performing his official functions as outlined in the settlement agreement. BP argued that the claims administrator misinterpreted the settlement agreement inappropriately and unfairly compensates businesses for non-existent losses.

Juneau’s filing came as Barbier prepares to continue the nonjury trial that started six weeks ago to determine liability for the rupture of the Macondo well and the explosion of the Deepwater Horizon drilling rig. The explosion resulted to the deaths of 11 people and the worst offshore oil spill in the history of the United States.

BP estimated that it could spend more than $42 billion for the clean-up, fines and other liabilities resulting from the incident. It has been selling assets to help cover the expenses.