Factory orders in the United States increased in February due to the surge in volatile demand for commercial aircraft. The advance in orders offset the drop in important orders that indicated business investment. 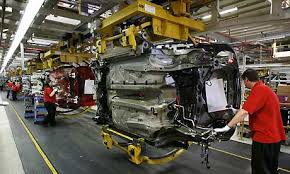 The report from the Commerce Department showed that factory orders went up 3 percent in February. It came after the 1 percent fall in January. The gain in February is the largest in five months. The increase was attributed to the 95.1 percent advance in orders for commercial aircraft. Orders for motor parts and vehicles went up 1.4 percent.

Orders for durable goods, which are items that are expected to last at least three years, went up 5.6 percent. Orders for nondurable goods, such as clothing and processed food, increased 0.8 percent. But despite the increases, the report showed that the vital measure of business investment plans dropped. It showed that some companies were concerned about the federal spending cuts that took effect on March 1.

Core capital goods, which include equipment and machinery orders, dropped 3.2 percent. The demand for construction machinery, generators, and turbines dropped sharply. Orders for electronic products and computers increased a bit.

Economists are observing the factory orders because they are indicators of investment plans. The drop came after the 6.7 percent increase in January, which was the largest in nearly three years. Analysts said that business investment orders showed a solid increased for the first quarter. They expect the gains to continue in spring as the stronger job market kept consumers spending.

Most economists increased their growth expectations after the report was released. Some estimated growth could increase to around 3 percent in the first quarter of the year, which is up from 0.4 percent in the previous quarter.

Other data showed some companies start to pull back due to the government spending cuts. The Institute for Supply Management said that manufacturing activity increased slower in March compared to February.

Next »
Study says Baldness Could be Sign of Heart Disease Risk