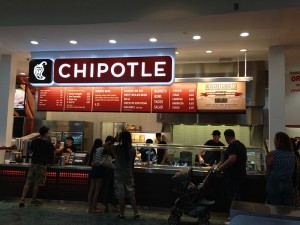 Restaurant chain Chipotle Mexican Grill has announced that it would begin food deliveries in 67 cities through a partnership with delivery startup Postmates. Chipotle has been seeking to gain more traction in the fast casual industry and believes adding the delivery service would help the company expand. However, many have pointed out that the cost of delivery may be too high considering the price of the restaurant’s food.

The company has started delivering a wide variety of fresh and readymade food, including burritos, tacos, burrito bowls, and taco salads, in the places where it operates. Customers ordering online or via their mobile phones can have their order delivered to their home or office in less than an hour after ordering. Adding the deliveries has resulted in a boost in the company’s online orders. According to a press release from Chipotle’s executive Mark Crumpacker, online orders have increased by almost 37% since the introduction of the delivery service.

Postmates is a big company delivering in fifteen states across the US. The new delivery service will be limited to the 67 U.S. cities where Postmates has a presence, including Pittsburgh, San Diego, and Dallas. Postmates has its own vehicles and makes use of independent contractors to make its deliveries. Chipotle the second popular establishment to partner with Postmates since its inception. Prior to this new deal, the company had struck up a deal with Starbucks.

At a recent conference, Chipotle declared that there would be a slight increase in the prices of barbacoa and steak and that the most popular product carnitas would not be fully available from its suppliers until fall. The company also announced the development of an app for Apple Watch users, which would allow customers to order through the app even if they’re not physically in one of the company’s branches. Chipotle is reportedly testing mobile payment solutions, such as Apple Pay and Google Wallet, to provide consumers with more payment options.