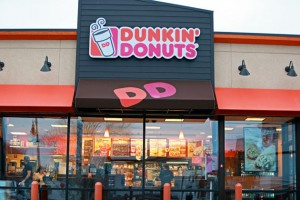 Dunkin’ Brands Group posted results that were better than had been expected for its most recent quarter, despite lackluster traffic and sales at its U.S. locations of Dunkin’ Donuts.

For the most recent quarter, sales at same-stores grew 1.1% at locations in the U.S., below the reported 2.9% during the second quarter and growth of 2% seen during the same period one year.

The company cited a decline of 0.7% in traffic at the stores and said K-Cup in restaurant and its packaged coffee categories had a negative impact.

The parent company for both Baskin-Robbins and Dunkin’ Donuts has posted sales growth of a modest rate the past few quarters amidst a competitive environment for breakfast and a challenging economy.

Sales at same stores at Baskin Robbins in the U.S. were up 7.5% compared to a 6% increase for the same period one year ago.

The climb was pushed by higher sales of cones and cups, desserts, beverages and cakes, helped by a strong online demand.

The company announced that it now was expecting the U.S. sales at comparable stores for Baskin Robbins to increase 3% to 5%, which is up from its previous forecast of between 1% and 3%.

Dunkin Brands said it continues to expect sales at comparable stores to expand by 1% to 3%.

During the three-month period just ended, the company opened 90 new restaurants across the globe.

Excluding special items, the adjusted earnings on the basis of per share were 52 cents.

Analysts were expecting earnings per share of 51 cents with revenue reaching $204 million.

Dunkin’ has been attempting to speed up its service redesigning the prep stations so they can meet the busy schedules of people in the morning.