Panel for FDA Votes in Favor of Gout Drug from AstraZeneca 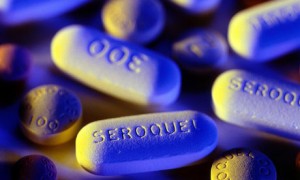 A panel of medical advisers that is independent of the U.S. Food and Drug Administration voted on Friday 10 to 4 in favor of approval for a gout drug from AstraZeneca.

All of the 10 who supported the drug, known as lesinurad, qualified the vote by urging the U.S. regulatory agency to ask the pharmaceutical company for studies following the launch of the drug to gauge safety and long term effectiveness.

Gout is a type of arthritis that is caused by an excess of uric acid, which forms crystals in different joints as well as some tissues, causing extremely painful inflammation.

AstraZeneca said if the drug were approved, it would be the first in the past 60 years addressing the inefficient excretion in patients with gout.

The recommendation of the panel follows a staff review by the FDA last week, which raised questions over the benefit-risk of the drug, specifically related to increased renal and cardiovascular risks.

A majority of the panel for the FDA agreed the benefit of lesinurad was modest, but also meaningful. Those who had voted against its approval said the safety profile of the drug precluded their ability to support it.

The FDA for the most part follows the recommendations of the panel, but has no obligation to do so at the time it convenes to make a final decision on approving or rejecting the drug.

Ardea Biosciences developed Lesinurad. AstraZeneca acquired the company in 2012 for the price of $1.26 billion.

The drug was developed to be used in combination with febuxostat, an older drug, and works by lowering uric acid production and increasing the excretion of the same.

Ardea on Friday said that the medication was not made to be a first line treatment for the disorder, but the benefit risk of the drug profile was sufficiently positive for its approval as a therapy add-on.

Many patients are not able to reach the target levels of uric acid despite using the current treatments creating a need for additional therapies like lesinurad, said Ardea.

The current care that is standard is allopurinol, which can have a very rare yet potentially fatal side effect involving skin.