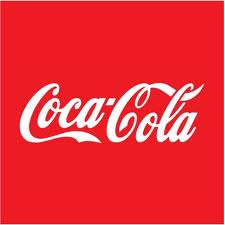 Coca-Cola has pledged to take action against the American obesity epidemic by limiting the amount of sugary calories in many of its popular drinks. The pledge was made at the 10th annual Clinton Global Initiative held in New York. The goal is to cut the amount of calories consumed by Americans in processed drinks by 20 percent over the next decade.

The company’s efforts at reversing the obesity trend will involve a combination of marketing, distribution and packaging for its products. Part of the plan is to increase the presence of low- and no-calorie drinks and use marketing to encourage consumers to reduce the calories they are drinking. The company will also start selling their sugary drinks in smaller portions in company-owned vending machines and coolers in convenience stores. In grocery stores, the changes will affect the marketing of products, including end-of-aisle promotions. Fountain soda dispensers, like those found in fast-food restaurants and movie theaters, will be undergoing some changes as well.

Food and drink companies are just now beginning to acknowledge that their products are playing a role in the number of overweight and obese individuals in the United States. People that are obese have a greater risk of developing diabetes and heart disease. The problem is especially dire in many low-income communities, where sugary drinks often account for nearly half of the calories consumed throughout the day. Reducing the number of calories consumed through drinking by several hundred calories a day could translate into a couple of pounds of weight lost each year for most individuals.

The pledge from Coca-cola was matched by two other major soft drink manufacturers: PepsiCo and the Dr Pepper Snapple Group. This new pledge builds on a previous one made regarding drinks sold on school campuses. Full-calorie drinks have pretty much disappeared in schools from machines controlled by the beverage companies.