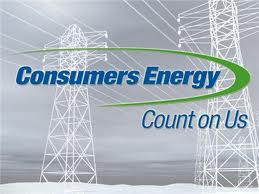 Consumers Energy fired several utility workers after a safety review connected to the gas explosion that killed a man in Royal Oak. Dan Malczynski died after a gas leak resulted to an explosion and large fire at his home on Cooper Avenue. The company is still investigating the incident.

The gas company announced that workers were fired but failed to give the details of those who were fired. Consumers Energy didn’t say what the workers were doing during the time of the incident. The company said that it has been conducting a thorough investigation of the explosion, including system inspections, employee interviews and policy review.

In the statement, Consumers Energy maintained that it has a zero tolerance safety policy. It added that based on the findings, it has already taken the required disciplinary steps such as terminations for failure to follow procedures and policies of the company.

The explosion damaged more than 35 houses and nearby businesses. Contractors have already boarded up several windows and they will check the roof to make sure there were no damages. The shops were cleaned up so that they could re-open the next day.

Aside from the investigation made by Consumers Energy, federal and state agencies also conducted their probe on the cause of the explosion. The company said that it was cooperating with the Michigan Public Service Commission, National Transportation Safety Board and local authorities. The Royal Oak city commission is set to tackle the explosion. Consumers Energy added that it would give more details about its findings after the completion of the investigation.

Consumers Energy went door by door in the vicinity of the explosion. Crews from the utility company asked residents if they had any concerns or questions about the incident. Residents can ask the crew to check for presence of gas in their home.

Next »
Dow Jones Investigated Allegations of Bribery in China

Teachers Retirement System of The State of Kentucky Has $2.16 Million Stake in State Street Corp

Cintas Co. Shares Sold by Teachers Retirement System of The State of Kentucky