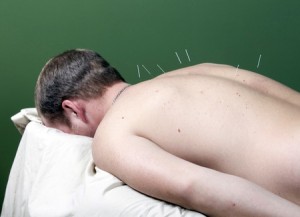 Swiss police arrested a self-professed healer and music teacher in Bern. The still unnamed male is alleged to have intentionally injected 16 of his clients with HIV. The man denied all the charges claiming he was just a victim of a big conspiracy.

The man, according to a local newspaper, has been on trial since early March. Prosecutors claim the man infected his clients with HIV between 2001 and 2005. He is alleged to have used numerous pretenses in order to prick his victims. Most of those infected had been his music students.

All of his victims were infected with the same HIV strain said a Swiss radio station, which bolstered the claim by prosecutors that the man was behind the act. However, one scientist from Zurich testified it was unlikely an acupuncture needle had been used. The University of Zurich scientist said that instead a syringe was the likely tool used in the attacks.

The man did not appear at two hearings during the week and produced a doctor’s notice that he was ill. The court ruled the medical certificate a fake and ordered the man arrested.

A standoff of more than 24 hours took place at the man’s home in Bern. The man would not cooperate with the police who arrived to force him to come to court. He locked the house and threatened to defend himself with a gun.

After nearly a day of negotiations, police arrested the man along with a female who was in the house with him at the time of the raid.

Prosecutors have asked the court to sentence the defendant to a prison term of 15 years.