Consumer prices in the United States slightly increased in August. This was the latest indicator that slow economic growth has been keeping the inflation in check. The Labor Department said that the consumer price index went up 0.1 percent last month, after it gained 0.2 percent in July. When volatile food and energy costs were excluded, core prices went up 0.1 percent. 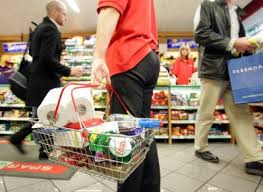 In the last 12 months, prices went up 1.5 percent. It was down 2 percent compared to the same period last year. It was also below the Federal Reserve’s 2 percent inflation goal. Core prices are 1.8 percent higher than the previous year. This was the biggest 12 month increase since March.

The increases in core prices help make the Federal Reserve to start pulling back on its low interest rate policies. The low inflation could pressure the Fed to keep on stimulating the economy.

Most economists have expected the Federal Reserve to start reducing its stimulus program by around $10 billion on Wednesday. This was according to a poll made by The Associated Press. The bond purchases were made to reduce longer term interest rates and bolster more borrowing and spending. Fed Chairman Ben Bernanke indicated last May that the Fed could start pulling back its purchases before the year ends.

Some Fed officials have voiced their opposition to decreasing the bond purchases when the inflation s below the 2 percent goal. The small amount of inflation is good for the economy because it allows businesses and consumers to spend and invest before prices go up more.

Gas prices dropped 0.1 percent in August, which was the first decline since April. Food prices increased 0.1 percent, which was led by more expensive vegetables, fruits, and meats. The cost of renting an apartment or home went up 0.4 percent.

Primecoin Price Down 7.1% Over Last Week