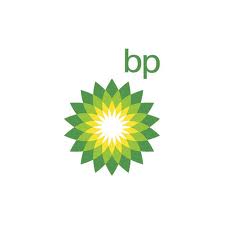 In 2010, a disaster at BP’s Deepwater Horizon rig in the Gulf of Mexico dumped millions of gallons of oil into the sea and killed 11 workers. Since the incident, the principal government regulatory agency monitoring offshore drilling has been thoroughly revamped. However, on Thursday, federal safety regulators warned that another disastrous offshore oil well blowout could happen. Despite the regulatory improvements made in the four years since the disaster, the rigs and workers are still at risk.

The Chemical Safety Board released a report that blamed the majority of the destruction of the Deepwater Horizon rig on a buckled steel drill pipe that interfered with an emergency device that needed to function properly to seal the well. The blowout preventer was supposed to cut through the drill pipe and seal the Macondo well as a last defense to protect the rig. The study by the Chemical Safety Board concluded that an emergency hydraulic device on the blowout preventer probably activated as intended, but did not seal the well drill pipe. Instead, it punctured the pipe and sent oil and gas gushing to the surface.

The report was consistent with several other government reports on the accident. The report also warned that the issues discovered during the study could result in future incidents similar to the Deepwater Horizon disaster. Cheryl MacKenzie, the board official who led the investigative team, released a statement that said, “Although there have been regulatory improvements since the accident, the effective management of safety-critical elements has yet to be established. This results in potential safety gaps in U.S. offshore operations and leaves open the possibility of another similar catastrophic accident.”

In a statement, Geoff Morrell, a BP senior vice president, said that the core findings of the report were consistent with previous reports, but that some new Chemical Safety Board conclusions were “based on flawed assumptions.”